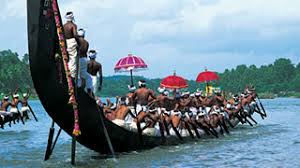 If they decide to join hands with the Congress to bring in more unity among anti-BJP front, then it will be difficult for the BJP in Kerala. Otherwise, division of secular votes will pave way for the BJP to create strong base in Kerala.
Posted by Prakash Bal Joshi at 2:55 PM