Kovind set to become next President


Kovind set to become next President 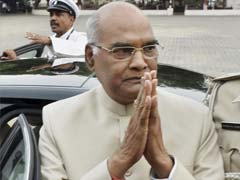 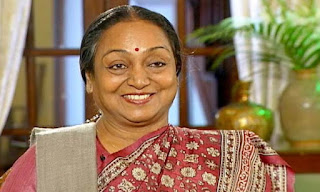 Kovind all set to become next President

Low profile Ram Nath Kovind, fielded by the BJP led National Democratic Alliance (NDA) for the Presidential poll is all set to become next President of India unless something goes terribly wrong with the NDA’s calculations.

An astute Ambedkarite, Kovind will have to protect the Constitution of India written by Dr Babasaheb Ambedkar at crucial junctures. Though the post as such is a titular head of the Republic but presidential elections always create interests among political parties as well as common people who want to know who is going to be their next President. The makers of the Constitution have taken care to ensure that there is no direct clash of interests between the President and the Prime Minister since PM is the executive head. Since the President is elected indirectly by the elected representatives of the Parliament as well as the state legislative assemblies his duties are predetermined and remains within confines of demarcation made by the provisions of the Constitution.  and all decisions taken by the cabinet are binding on the President to approve.

The fact is that the president has independent powers to act when inviting a party to form a new government immediately after the general elections. The task becomes difficult and complicated when there is fractured mandate and no single party or pre-election alliance secures clear cut majority. Though this discussion might sound little bit pre-mature since the general elections are scheduled in 2019 when the new president will have to use his or her discretion if voters give fractured mandate. This aspect though not discussed in public domain was uppermost in the minds of the BJP as well as the Congress led opposition.

Apart from other aspects and merits while selecting the candidate for the presidential poll, this aspect was dominant while making a final choice of the candidate. The opposition led by the Congress was keen on using this opportunity to forge anti-BJP front and start a political process of consolidation of opposition votes for the 2019 general elections. The ruling BJP was aware of the danger of such a vertical split and used the process of selection of candidate to divide opposition and thwart the emergence of larger alliance against the NDA.

While going through the motions for arriving at a consensus on the candidate avoiding presidential poll, the BJP floor managers were busy finalising its candidate and strategy. The left parties had warned in the beginning itself that they would not entertain any Hindutva hardliner as a presidential candidate.

The BJP surprised everybody by nominating Kovind for the presidential poll especially those who were expecting some senior BJP leader perhaps a minister with RSS background. Kovind though two-time MP and governor of Bihar has been connected with the BJP is a sober person not known to make any controversial statements or hold some extremist views.

Though it is unfortunate that Kovind’s caste came to fore in the following discussion as all sorts of observations were made by players in the field. Apart from candidate’s merits and abilities to handle crucial situations, caste became the main issue for discussions. Prime Minister Narendra Modi killed two birds with one stone – the decision was aimed at subsiding the BJP’s image as a party of upper caste and by nominating a Dalit leader – he created confusion and a rift among opposition parties to foil efforts to forge a grand alliance against the BJP. The discussion once again made it clear that all vote calculations for elections move around caste combinations. It is unfortunate but caste bias become dominant whenever there is any discussion about any sort of election.

Bihar chief minister Nitish Kumar was the first to visit Kovind in Rajbhavan in Patna and offered personal congratulations to Kovind and expressed satisfaction over his conduct as a constitutional head in the state. The way he expressed his views made it clear that for presidential poll he may have different perspective and support Kovind without waiting for the Congress led opposition choice of a candidate. Mayawati also made it clear that she would support Kovind, if the opposition has candidate from some other caste or religion. So, it became obvious for the opposition to select a Dalit candidate to fight BJP’s Dalit candidate. The Congress considered several names including Sushil Kumar Shinde from Maharashtra and finally settled on former Lok Sabha speaker Meira Kumar, daughter of late Babu Jagjivan Ram. While she has political legacy of her father, Kovind is a first-generation politician working for rights of supressed and believes in BJP’s saffron ideology.

By fielding Meira Kumar, the Congress has tried to have its hold on other camp supporters. Lalu Prasad Yadav has made a public appeal to Nitish Kumar to reconsider his decision to support Kovind in view of opposition candidate Meira Kumar who is more experienced with a distinguished career. What is becoming obvious is the fact that those regional groups which are enjoying power in their respective states are siding with the BJP choice of candidates while those without power are with the Congress and the left parties.

The BJP has also taken a very shrewd step in selecting Kovind as presidential candidate to correct its social engineering. Despite several steps taken by Prime Minister Narendra Modi’s government to win over Dalits across the country, the relationship with Dalits have been deteriorating during last couple of years.
Several issues including suicide by University of Hyderabad scholar Rohit Vemula, created a pan Indian reaction. Attacks on Dalits by cow vigilantes in Gujarat and elsewhere have also affected the BJP image. Taking all these developments into consideration, the BJP decided to filed Kovind as presidential candidate.
The party hopes that the selection of Kovind will help it to further spread its slogan “sabka sath sabka vikas”. Dalit rights activist Kancha Ilaiah feels that it may be a token gesture by the BJP to nominate Kovind, but it is welcome at a time when Dalits are facing attacks and harassments.  One hopes that Kovind entering Rashtrapati Bhavan will create more tolerating attitude in  society towards oppressed classes in society. If it happens then it will be a most welcome development and choice of Kovind will not remain mere tokenism. The BJP was always criticised for being a party of upper caste where oppressed classes and castes were only symbolic unlike the Congress which gave president and speaker from Dalit community. The support of Dalits being crucial for any elections, the party has finally accorded recognition by nominating Kovind for the top Constitutional post in the country.

The BJP led NDA will get an opportunity to use the election to harp on its social engineering experiment in giving candidature of Kovind ignoring so many aspirants from the BJP camp. The Congress as well as communist parties and other non-BJP parties will also organise whirlwind tour of the country for Meira Kumar to not only showcase her accomplishments and legal acumen but also make a political statement attacking the BJP and its policies.

The regional political parties which does not have much say in the process of electing a president will also join the bandwagon. The Shiv Sena which was reluctant to support the BJP candidate initially has finally decided to vote for Kovind saying that like most of the Shiv Sena leaders he is also a first-generation politician who does not depend on political legacy. The outcome of the fight is almost a foregone conclusion.

Posted by Prakash Bal Joshi at 3:10 PM No comments: Links to this post